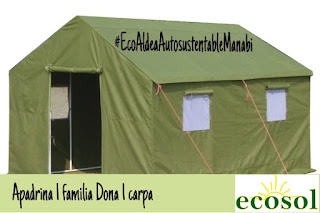 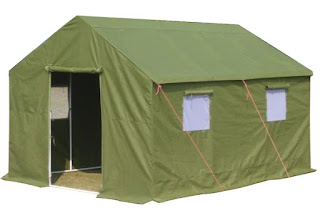 Ecosol works to realize the First EcoAldea self - sustaining in Manabi to benefit the victims of the 7.8 earthquake Join our project  # EcoAldeaAutosustentableManabí

What is the meaning of an Eco Village?

A  village eco  is an intentional community which aims to be socially sustainable, ecologically and economically
Its development is based on a respect for nature, in the use of renewable energy, both food and economic sustainability, recycling and the use of green building materials.


45 seconds that changed the history of Ecuador

The April 16, 2016 M 7.8 earthquake, offshore of the west coast of northern Ecuador, occurred as the result of shallow thrust faulting on or near the plate boundary between the Nazca and South America plates. At the location of the earthquake, the Nazca plate subducts eastward beneath the South America plate at a velocity of 61 mm/yr. The location and mechanism of the earthquake are consistent with slip on the primary plate boundary interface, or megathrust, between these two major plates. Subduction along the Ecuador Trench to the west of Ecuador, and the Peru-Chile Trench further south, has led to uplift of the Andes mountain range and has produced some of the largest earthquakes in the world, including the largest earthquake on record, the 1960 M 9.5 earthquake in southern Chile.
While commonly plotted as points on maps, earthquakes of this size are more appropriately described as slip over a larger fault area. Events of the size of the April 16, 2016 earthquake are typically about 160x60 km in size (length x width).
Ecuador has a history of large subduction zone related earthquakes. Seven magnitude 7 or greater earthquakes have occurred within 250 km of this event since 1900. On May 14th, 1942, a M 7.8 earthquake occurred 43 km south of this April 16th, 2016 event. On January 31st, 1906 a M 8.3 earthquake (reportedly as large as M 8.8 in some sources) nucleated on the subduction zone interface 90 km to the northeast of the April 2016 event, and ruptured over a length of approximately 400-500 km, resulting in a damaging tsunami that caused in the region of 500-1,500 fatalities. The April 2016 earthquake is at the southern end of the approximate rupture area of the 1906 event. A shallow, upper crustal M 7.2 earthquake 240 km east of the April 2016 event on March 6th, 1987 resulted in approximately 1,000 fatalities. 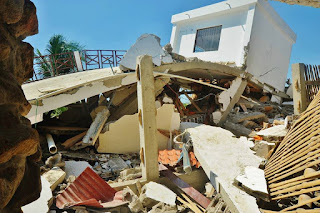 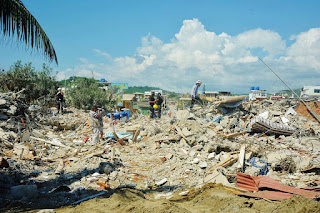 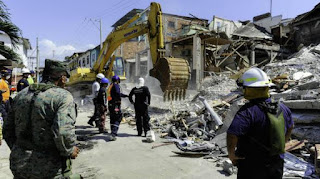 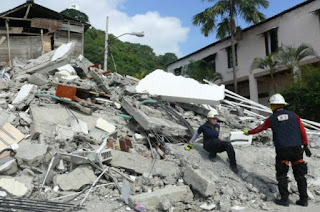